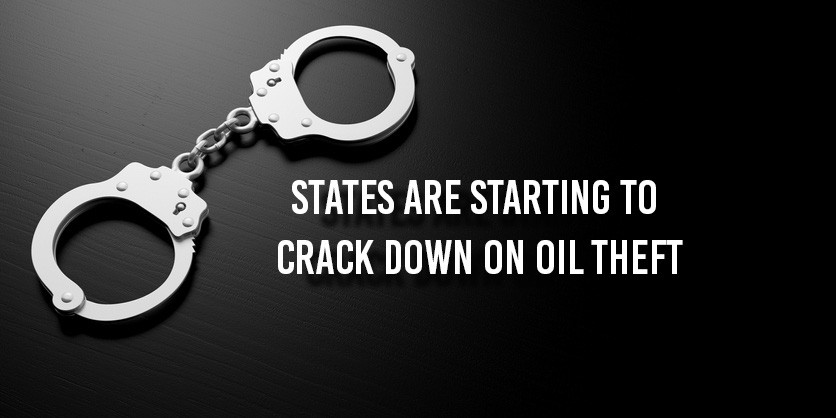 STATES ARE STARTING TO CRACK DOWN ON OIL THEFT!

Grease theft is a rising problem that robs not only the companies collecting the oil of lost funds, but also the businesses that the oil is taken from. Unfortunately, this is a common occurrence across the country as used cooking oil (a.k.a. liquid gold) is becoming more valuable since it is the key ingredient in creating biofuel, amongst other useful substances.

Many of these crimes go unreported or unresolved. In fact, California’s penalty for stealing grease is so lax that oftentimes police don’t respond to grease theft reports. Fortunately, the bill (AB1566), proposed on January 30, 2014, by California Assemblyman Chris Holden, D-Pasadena, could help change all of that.

The bill, which won approval by California’s senate, passed on August 18, 2014, is now headed to Gov. Jerry Brown’s desk. If approved, the bill will provide increased penalties to individuals and companies that steal yellow grease.

Virginia and North Carolina have also taken stricter stances regarding grease theft and passed laws, creating harsher punishment for those caught either stealing grease or companies buying grease from unregistered transporters. We hope that other states will follow suit and crack down on this growing problem.

If you suspect that your company has been the victim of grease theft, notify your local authorities immediately! If you have any questions or would like to learn more about oil theft, please visit our website: https://acegrease.com/oil-theft/ or call us at (800) 473-2733. You can also take further action and call up your local representative to let him or her know how you feel about the situation. You could make a difference!