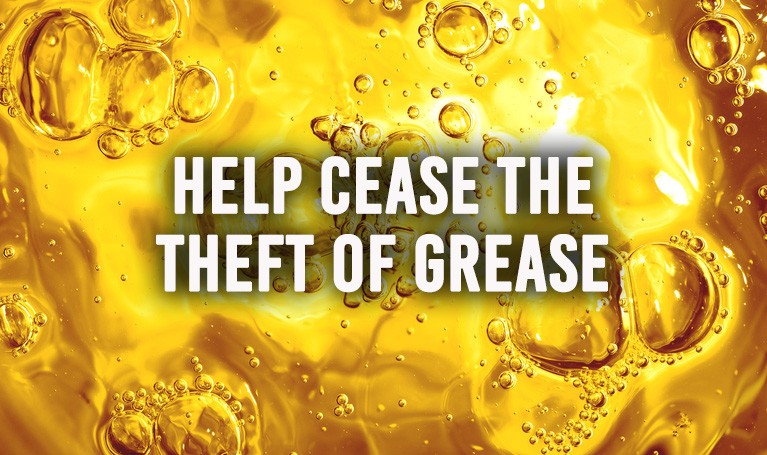 HELP CEASE THE THEFT OF GREASE

Who would have thought that used cooking oil would one day be considered liquid gold?! Restaurant owners are now getting paid for something they once had to pay to have removed. The used cooking oil, also known as yellow grease, is often used to create biodiesel, which is in higher demand thanks to soaring gas prices.

Thieves are now targeting this yellow grease, snatching the “liquid gold” right out of the user’s pocket. Grease theft results in lost revenue totaling more than $40 million each year. In addition, the containers sustain damage during the theft costing more than $3 million.

Grease thefts are steadily on the rise, and sadly, many go unreported. It has become such a problem that grease recycling companies have gone so far as to hire their own private detectives to help catch grease thieves.

So how you can help cease the theft of grease? Follow these tips below!

Now you can help take action in the theft of grease! Remember to stay safe and contact the authorities so they may do the job properly if you encounter thieves. Be sure to let us know if there has been a theft, too.